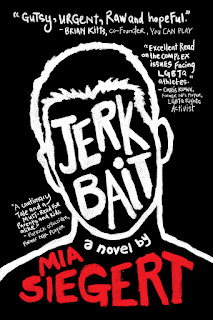 The Girl on the Train by Paula Hawkins

Rachel takes the same commuter train every morning. Every day she rattles down the track, flashes past a stretch of cozy suburban homes, and stops at the signal that allows her to daily watch the same couple breakfasting on their deck. She’s even started to feel like she knows them. “Jess and Jason,” she calls them. Their life—as she sees it—is perfect. Not unlike the life she recently lost.

And then she sees something shocking. It’s only a minute until the train moves on, but it’s enough. Now everything’s changed. Unable to keep it to herself, Rachel offers what she knows to the police, and becomes inextricably entwined in what happens next, as well as in the lives of everyone involved. Has she done more harm than good?

I know this is supposed to be a mystery or thriller novel, but sometimes those can be very fun to read. If you pick up this book expecting it to be fun and exciting while keeping you guessing and on the edge of your seat, well. . . choose a different book because this one is not that.

Girl on the Train can best be described in one word as: FRUSTRATING. The plot is frustrating, the characters are frustrating, everything about it is frustrating. Every single character in this novel is a whole different level of crazy and I found myself just wanting to shake them back to reality!

The twist was a…twist, but I figured it out before the reveal. That isn’t the worst thing because I didn’t guess it halfway through the book. It still kept me guessing a little, but it became more obvious before the actual reveal.

I think, overall, I can say that I enjoyed this book. . . I think. I am still undecided on it. I am glad I read it, but I don’t know that I would recommend it to my best friend to read… If you are intrigued by the plot, pick it up. But it can be passed over and you won’t be missing much.

Memorable Quotes: “I have lost control over everything, even the places in my head”

“Maybe it was then. Maybe that was the moment when things started to go wrong, the moment when I imagined us no longer a couple, but a family; and after that, once I had that picture in my head. Just the two of us could never be enough.”

“I’ve always liked to drink. But I did become sadder, and the sadness gets boring after awhile, for the sad person and for everyone around them. And then I went from being a drinker to being a drunk, and there’s nothing more boring than that.”

“I don’t believe in soulmates, but there’s an understanding between us that I just haven’t felt before, or at least, not for a long time. It comes from shared experience, from knowing how it feels to be broken.”

“I want to drag knives over my skin, just so that I can feel something other than shame, but I’m not even brave enough to do that.” 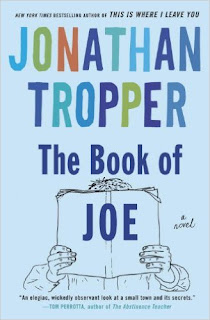 Click To Purchase!
Posted by Courtney at 10:06 AM No comments: