Black Book Part 2: Out of Time by Dylan Jones

Sherriff Jack is back!

This installment of Black Book was more confusing than the first.

There were two different story-lines that were being shared, and the one with the President lost me after they were placed into Pods.

It seemed like they were aliens… or facing aliens. I am not really sure.

Then there was the story line that was centered around Jack. I think he was travelling back in time? Then he ends up with an old man that knows him, but he doesn’t know the old man.

It was intriguing, maybe because I was trying to figure out what was going on.

I am looking forward to reading the 3rd installment, and maybe some of it will be cleared up.

2/5 stars. I just could not figure out what was going on half of the time, but it left off as a cliff hanger, and I want to know what happens next. 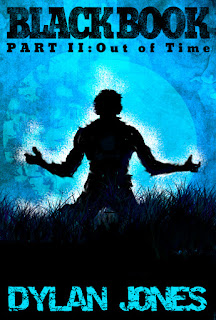