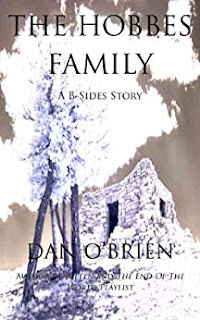 Synopsis: The world had ended abruptly and without warning. How will a family navigate a world that seems bent on destroying them? Follow them in this exciting new serial adventure.


An excerpt from Hobbes Family:

As Michael looked out the broken window of the convenience store, he grimaced. The tall blue oaks that surrounded the building on two sides were dusted with frost; the ground was an amalgam of crystal sheets broken only by brave stalks of undergrowth that dared the frigid touch of the gales. The building wouldn’t serve as a long-term solution. However, it would be useful until the weather broke.
The trek out of the suburban areas began in the family Subaru. Highway 99 was so overrun with smoldering and abandoned vehicles that the Hobbes family was forced to make the remainder of the trek on foot. The winter months proved disastrous. Often, the snow levels came down into the valley for a day, sprinkling unsuspecting areas with brief, beautiful moments of frozen precipitation.
This was different.
A storm settled in the valley, trapped and angry.
When the sun managed to peek through the clouds above, it almost felt bearable. But the great star was soon obfuscated behind a gray wall once more, bloated and teeming with fury as a fresh zephyr of snow and blinding particulates dragged the valley.
Michael looked over at his wife. Susanna’s high cheekbones were prominent and the sallowness of her cheeks from periodic starvation saddened Michael as much as he was capable.
He hadn’t fared much better.
His beard grew in with dark clumps and gray patches; his bedraggled hair was curly in places despite its length. Were it on purpose, he imagined Susanna running her long fingers through it and calling it cute.
The store weathered the apocalypse.
Shelves remained intact for the most part, though they were barren fields. Coolers were popped open. Overturned cans, smashed and left for dead, littered the floor.
This was someone else’s last stand. 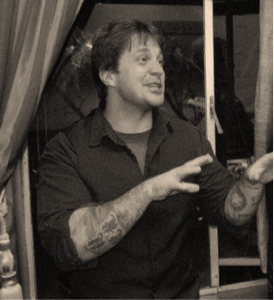 Dan O’Brien has over 50 publications to his name––including the bestselling Bitten, which was featured on Conversations Book Club’s Top 100 novels of 2012. Before starting Amalgam Consulting, he was the senior editor and marketing director for an international magazine. You can learn more about his literary and publishing consulting business by visiting his website at: www.amalgamconsulting.com. Follow him on Twitter at @AuthorDanOBrien.
Posted by Courtney at 11:51 AM