It Was You by Jade Lee Wright

"I don't understand. Everything I did, I did for her..."When Regan Pen discovers that her long-term boyfriend has been cheating on her with over eight women, she packs her bags and leaves the sunny island in Spain that she had called home for a year. She returns to South Africa where she is given the chance to start over in life. Reassemble herself. Now is her time to be selfish. Find a new career, get a home of her own. Become whoever she wants to be... but when her best friend, Peyton, is brutally murdered, Regan is forced to put her life on hold to take responsibility for her friends thirteen year old daughter, Harley. As the police battle to solve the murder of Peyton and her unborn child, Regan becomes convinced that her Godchild is not the sweet, innocent little girl everyone seems to think she is. Could Harley have been so consumed by her jealousy and fear of not being the epicenter of her mother's universe that it lead to murder? If so, is Regan safe in her own home?

This book was interesting as it felt like you, as the reader, were spiraling into insanity. I could never quite put my finger on what was happening. You think you figure it out, then something changes. Then changes again. Then changes again.
Then you think the story is wrapped up.
Then it changes again. And a huge bomb is thrown at the reader in the final page to try to make it all make sense.
I didn’t really care about any of the characters. They all kinda sucked in their own ways, but they were supposed to.
It was a book that I just didn’t really connect with. It wasn’t bad, I just didn’t connect with it.
2/5 Stars 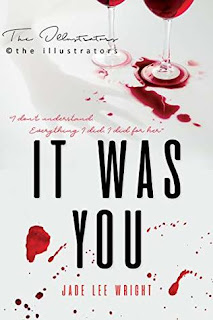