The Final Warning by James Patterson

In this breathtaking new story from the astonishing imagination of James Patterson, a girl has to save herself from an army assembled just to capture her -- and maybe save the planet while she's at it.

Maximum Ride is a perfectly normal teenager who just happens to be able to fly, the result of an out-of-control government experiment.

Max and the other members of the Flock -- six kids who share her remarkable ability -- have been asked to aid a group of environmental scientists studying the causes of global warming. The expedition seems like a perfect combination of adventure, activism -- and escaping government forces who watch the Flock like a hawk.

But even in Antarctica, trapped in the harshest weather on our planet, Maximum Ride is an irresistible target in constant danger. For whoever controls her powers could also control the world. Maximum Ride is James Patterson's greatest character, a heroine who manages to be human and fearless at once.

Now, I must start by saying that this book was really odd to me. It seemed like a book that wasn’t part of the series, it just featured the same characters.
The storyline wasn’t entirely consistent with that has happened in the previous installments, and it just felt weird.
It seemed like this book was written just to talk about ‘global warming’ or climate change. I question whether Max’s mission of saving the world was always planned around this, or if it just took that turn when this book was written.

That said, being a young adult series, I don’t mind this book or series as a whole talking about such a big topic like that. It is a good way to educate young adults about global issues. Use characters that they have already connected with during earlier books, and they are more likely to keep reading and take in what the message is.

It wasn’t a bad book by any means. It was just weird to me and seemed out of place. I found myself spacing out a lot instead of being focused on the story. I guess this has just been one of the weakest in the series so far. I’m also not very sure what the title has to do with this book as nothing seemed very final. 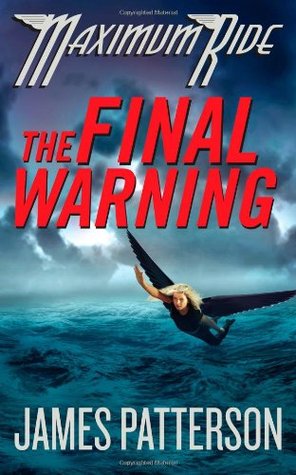