Investigative reporter Maxine Revere has a theory: that the five New York City murders for which Adam Bachman is being tried are just part of his killing spree. In probing the disappearance of a retired couple who vanished the prior summer, Max uncovers striking similarities to Bachman's MO and develops a theory that Bachman wasn't working alone.

Max wins a coveted pre-trial interview with the killer, whose disarming composure in the face of her questions is combined with uncomfortable knowledge of Max's own past. She leaves the room convinced, but unable to prove, that Bachman knows exactly what happened to the missing couple. The D.A. wants nothing to jeopardize his case against Bachman and refuses to consider Max's theory. With no physical evidence, Max has to rely on her own wits and investigative prowess to dig deep into Bachman's past. The picture that Max puts together is far darker and more deadly than she ever imagined.

As Max gets closer to the truth, she doesn't realize that she's walking down a road that has been paved just for her. That every step she takes brings her one step closer to a brilliant, methodical sociopath who has been waiting for her to make just one small mistake.

And when she does, he'll be there waiting.

When I started this book, I had no idea it was the second book in a series. That was unfortunate to me, because I hadn't read the first one. I don't like jumping into a series without reading the first book or reading them out of order in general.

But, since I did it without knowing, I had to get over it and just pretend it was a standalone book.

I will say, not having read the first book, I didn't feel like I had missed anything or that I was severely out of the know. So, Allison Brennan did a great job of welcoming new readers into the series if they were knew to her work like I was.

I think I'll definitely be on the lookout for the other books in the series. I should probably read the first one so I can be all caught up. 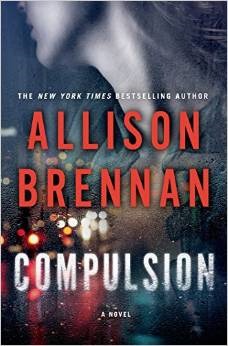