I came across this interesting thread in my email this morning, and it applies with my blog here.
http://forums.onlinebookclub.org/viewtopic.php?f=1&t=11570
Here is the link. Take a look! Tell me what you think!

Have a great day everyone!

-Courtney
Posted by Courtney at 10:07 AM No comments:

Casting Stones seems like your average story of a dysfunctional family with a bit of a romantic twist thrown in. That is, until you realize there are werewolves involved! Usually, books involving werewolves, vampires, and other creatures are not my reading material of choice. So I figured that my opinion on this book would be a good one to have.
Avery Stone is a cast out from most of his family except his parents and his brother Chance. He never really had a stable relationship with his lover, Simone. His life was a mess, but no one took the time to get to know him. When clans of werewolves started getting murdered, everything got worse. His family blamed him, but little did they know, they were completely wrong and onto the wrong person.
What I really liked about how Hoffman told this story is that the fact that the family is made up of werewolves is not the main story line. It is sort of a subtle detail, except when they transform of course. It is sort of a new way of writing these types of stories. I haven’t read many things in this fashion before. I really liked that.
Another thing I liked about this book was the characters. Okay, I didn’t like all of the characters. But, I liked how they were developed. They all had separate story lines tied into the main story, Avery Stone being the main character. The interesting thing about the character development is that this book is relatively short – under 100 pages on the Nook version. So, the fact that she was able to develop the characters in this short of a story, while actually have the story progress is something that some well-known authors can’t even do with 300+ pages.
So for me, this book fully earns 5/5 stars. It was a really great read.
Posted by Courtney at 9:40 PM No comments:

A Boy Named ray is a story about Ray, of course, and his parents Theo and Mary.
The beginning of the story is a perfect set up for tone and flow of the story. It sheds background light on Theo and Mary’s lives together and apart. From the start, I thought that the story would be one filled with sadness. Once the story picked up however, it took on a different tone. It became happy.
After many years of wanting; Theo and Mary are blessed with a son. What they don’t know at first is that Ray is a gifted child. They were afraid that because they are disfigured, that their child would be as well. But, that wasn’t the case. Instead, he was an angel. A true gift from God.
A Boy Named Ray teaches you to never judge someone by how they appear on the outside. They could be the most disturbing looking person, but have the kindest heart and be the most loyal person you will know. This ideal is often lost in our world and people are judged based upon their appearance every day.
This story also teaches us that we should really value our family.  They are the ones who will help you and guide you through the rough times in life. You have to accept that they may not always be perfect. But they love you and want you to be happy. Life is complicated. But, if you can set issues aside, your family will be there for you the majority of the time.
A Boy Named Ray was a very nice story, and I really enjoyed it. I didn’t expect to finish it in one day – even though it’s pretty short, but I did.
There was one thing that was wrong throughout the story and that was the tense of some of the words. Some words were in the past tense where it made no sense for them to be. I would just suggest a quick read-through and fix of those words. It isn’t too big of a deal, but it was just one thing that bothered me while reading.
4/5 stars for me. The tense needs to be looked at.
Posted by Courtney at 10:52 PM No comments:

How's everyone's weekend going so far? Hopefully well!
One of the books that I have waiting in my queue is being featured on The Indie Spotlight!
I recommend you all check it out
Here is a link: http://www.theindiespotlight.com/?p=12008 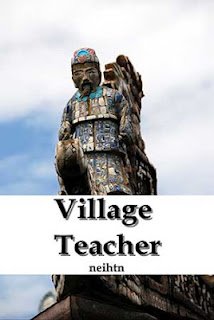 Have a great rest of the weekend, everyone! More reviews will be up shortly! Thank for reading.
-Courtney
Posted by Courtney at 2:27 PM No comments:

The Vagrant by Bryan Hall

The Vagrant is a supernatural fiction story about Creighton “Crate” Northgate. Crate can see the spirits of those who have passed and helps people who are being tormented by them.
He comes across a homeless man outside of a gas station. Next to the man, is a well-dressed man. Crate finds out that the well-dressed man is a spirit haunting Ed, the homeless man.
The Vagrant was an. . .interesting read. It was a short story, only 26 pages. I felt like it could have been more developed and made into a novel. I feel like that would have done the story more justice. The story itself was very intriguing. I feel like it was rushed to make it into a short story rather than make it into a full novel.
I have to say I give it 3.5/5 stars. If it were a bit longer, there could have been some more backstory for the main character as well as some more action in it.
Posted by Courtney at 6:53 PM No comments:

This story is set back in the Great Depression. It is about a lady named Nadine who first started out as a burlesque dancer in New York. Once the stocks began to crash, her life was turned upside down. She made a choice that changed her life, and she will forever be haunted by her past.
Once she left New York, she made her way down to the city of New Orleans where she takes up selling herself just to get by. The Big Guy decides to move all of his ladies into a large house so he can keep an eye on him. This is where the title comes from – Amery House.
“The trick was not to fall in love, not to let it get a hold of you. If you did, death was sure to come creeping around.”
This story gives the reader an interesting look into how the country was affected during the Depression. It isn’t a happy story by any means, but the ending did leave me smiling. It also gives you an insight into the lives of women who have to sell themselves for a living, because they have no other choice. Like the book says, they aren’t monsters. They do what is necessary. Samantha did a very nice job with the writing.
It’s an easy read, and is also pretty short. It is a story you should grab on a nice Sunday morning with a cup of coffee and just read it all the way through. It doesn’t take very long, but it will keep your interest from the first page all the way to the end. I would recommend this more to the ladies, but I am sure men will find it interesting as well.
All in all, it was a nice read and very well written.
So from me, it will get 5/5 stars!
Posted by Courtney at 3:04 PM No comments:

Fluke is a story about a man named Adam Fluke. He’s just an average pizza delivery man in his 20’s. He falls in love with a woman named Sara. It is a fun loving romantic story…. Until everything goes wrong.
Adam and Sara must travel back to Sara’s hometown to revisit her past and sort find the truth surrounding issues that were haunting them both. When the conclusion is what they were hoping it wouldn’t be, their relationship is in danger.
I feel like this novel was very well written. It started off as a fun, easy-going read. But, as you get further into it, it becomes more tense and issues start arising. I feel like the authors did a wonderful job with character development – something that isn’t always very easy to do.
They touch on some very rough topics that unfortunately many people have experienced throughout their lives, and they handled the writing of it very well.
I really enjoyed this book; to the point where I would probably read it a second time. The characters were all great, the story was very well written, and I really enjoyed the comedy side of it mixed in with the rough topics.
It was an easy read, and well worth it.
5/5 Stars 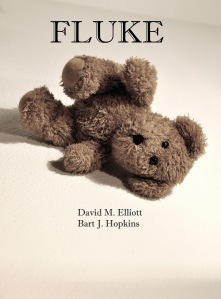 Read ahead for spoilers
Read more »
Posted by Courtney at 6:42 PM 16 comments: