Being a huge AFI fan, I could not pass up reading Davey’s first book. I don’t really know what I was expecting, but it wasn’t this.

Told from the point of view of Score Massi, Pop Kids tells the sex-driven story of a group of kids and their underground parties in a rural California town.
Obsessed with Pop Culture and looking perfect, Score is a protagonist unlike any other that I have ever read about.

The characters were all pretty likable when they were supposed to be. They all complemented to story well, and even if one was taken out, I feel as though the story wouldn’t have been the same. They all added to the novel, which you don’t always see.
I enjoyed how each character was well developed. I feel like I know a lot about all of them. You start seeing all of the Filmgreats as your friends as you read the book.

I was really pleasantly surprised with how well this book was written. I haven’t read any other fiction novels written by vocalists/songwriters so I thought maybe it would have a bit of a weird pace. But, that did not happen at all. It had a great flow, the chapters were short, and Davey did a great job at keeping my attention the whole way through.

In typical Davey form, there was a lot of attention paid to minor details, which just enhanced the experience. I could tell he wrote it because it was written almost how he talks. It made it even more entertaining for me.

One criticism I have was the ending. It was just really confusing. Score had an interesting way of presenting his thoughts throughout the novel, but the last few pages just didn’t really connect. I couldn’t figure out what was going on or what he was feeling. That being said, I believe that there is going to be a second book, so I hope the ending gets explained a little bit.

There is a lot of slang thrown around, and most people in the book go by two different names. It is hard to put together at the beginning, but it makes more sense as it goes along.

I was very unprepared for this book to be dominated by such a sexual storyline. I was not expecting it. But, even though it was driven by sex, it was not a raunchy book. It had a lot of background storylines going on as well that made the whole book tie together neatly. 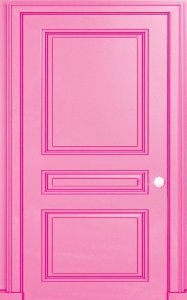