The Contaminants by Devin K. Smyth

When the American Government plans for a global purification of sorts, it sets of a chain of events resulting in a nuclear holocaust.

They had ships set in place to take people into space, but only this one survived. Jessil was forced to leave her father behind, and only has her two brothers – Ben and Lo.

The Contaminants is told through the eyes of the two protagonists Raj and Jessil.

Raj’s father is a scientists that works in the laboratory trying to regenerate part of the Earth’s surface to make it safe for their ship to land. They are naming this new area New Dakota and they only have about six months left to orbit the Earth before they run out of fuel.

Then they discover something amazing. It appears as if there is grass growing back on Earth, and after further examining the camera feed from New Dakota, they see a human. A human that Jessil believes is her father.

Was he actually able to survive the nuclear holocaust on Earth?

This is a very character-driven book. The characters are all really strong, and a lot of effort has been put into creating them.
That being said, I didn’t necessarily like all of them. My least favorite characters were Lo and Jessil.

Lo was a whiney little brat throughout the book, and I didn’t feel there was really a need for him to be there. He didn’t add anything to the story for me. The fact that he was adopted didn’t really matter to me either.

Jessil seemed like a know-it-all that didn’t want to listen to others. Her personality was a little too strong, and it took away from the plot at times. Being strong-willed obviously led to getting her way, but I would rather have read some dialogue about making decisions rather than her bossing people around and going off by herself.

Raj was sort of a redeeming character. He is very smart, yet he is able to put up with Jessil and tries to cancel out her overbearing self at times. He was probably the best character in my eyes.

This book was pretty easy to not put down. The chapters I guess you could call them were pretty short so it was easy for my mind not to wander. There was plenty of action to hold my attention, and the flow of the book allowed for a lot of pages to be read without realizing it.
For a genre of fantasy/sci-fi that I don’t dive into as much, I wasn’t disappointed with this one. 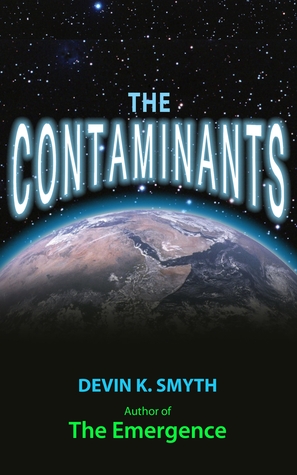