A self-styled artist is getting away with murder in Death Valley. If all goes well, so will Nameless. In part two of the Nameless series, the relentless avenger is haunted by nightmares of the past and visions of what’s to come.

Palmer Oxenwald’s hunting ground is the Mojave wasteland. His victims are random tourists and hikers. His trophies are cherished photographs of the damage he’s done. His greatest threat is Nameless. Two men with one thing in common: memories of the dead. For a psychopath like Palmer, they’re a clear rush in black and white. For Nameless, they’re visions of violence buried and erased. But for how long?

Nameless is back in this second installment to carry out another mission for the mysterious Ace. This time, they are going after a truly evil photographer.

Just like the first novella, some of the details about the bad guy were truly horrific and just made me feel sick. That seems to be a theme with the kinds of people Nameless is sent to go after.

The series is a fun, short read about vigilantism by a man who has no idea who he is. It may be non-believable at times, but I don’t think it’s supposed to be super realistic. If you go into it ready for an interesting journey, you’ll enjoy it.

Plus, they have creative ways of taking care of the person they’re after.

4/5 stars. Not perfect, but an enjoyable sequel 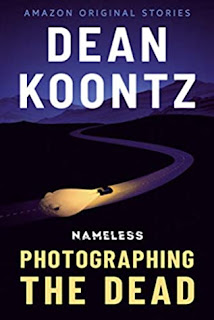