Out of the Shadow by J.S. Winn

This is a classic Whodunit story accompanied with tragedy and loss.

It is based on a story of a girl named Rachael (I will refer to her as Becca, because that is what she is referred to as for most of the story) and her struggle with repressed memory. It begins with the tragic loss of her husband as well as her being raped in her own home. She begins seeing a Psychologist, Sarah, for help. She feels as though her recent rape has a connection to abuse that occurred when she was just a child.

This book runs two story lines at the same time. Sarah, the psychologist, is holding a weekend convention speaking about Becca's case. This is how we hear about her story. It isn't told in real time. It is told by Sarah to her audience.

Sarah describes many men that Becca comes in contact with through the course of her story. You never exactly figure out who the rapist and murder is until it starts being revealed towards the end. It keeps you guessing throughout the whole thing and really holds your attention. I felt like it was every guy at one point or another. It took me til the end, when it was explained to truly figure it out.

I love how this book was written. I was hooked from the beginning and didn't want to put it down. I was sad when it ended because I wanted it to just keep going.

Overall, 5/5 stars. This story was fun to read (despite the rough topics) and I would recommend it to suspense lovers like myself.

To hear more from J.S. Winn visit her blog at: authorjswinn.wordpress.com
To purchase the book: http://www.amazon.com/dp/B008PYM59C it is inexpensive, and you will not regret buying it, I promise! 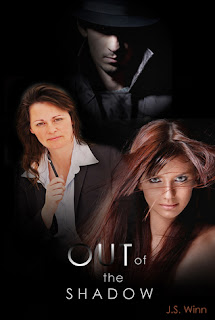