A walk down the aisle, a resort hotel, a drink on the beach...for these unlucky couples, the honeymoon's over.
A newlywed couple steps into the sauna in their deluxe honeymoon suite--and never steps out again. When another couple is killed while boarding their honeymoon flight to Rome, it becomes clear that someone is targeting honeymooners, and it's anyone's guess which happy couple is next on the list.

FBI Agent John O'Hara is deep into solving the case, while Special Agent Sarah Brubaker is hunting another ingenious serial killer, whose victims all have one chilling thing in common.

As wedding hysteria rises to a frightening new level, John and Sarah work ever more closely together in a frantic attempt to decipher the logic behind two rampages.

After reading a bunch of Alex Cross books, it was different to jump into a Patterson book that had different character in it. I wouldn’t call it a stand-alone book since there was one book that came before it, but that is what I consider it in my head.

That being said, I really enjoyed this book. It was full of suspense and full of action.

John and Sarah were great characters that really complemented each other while they were working together. I would enjoy to see this turn into another series with those two as the lead detectives. After one book, I just wanted more.

The plot moved really fast and had me turning page after page. I didn’t want to put the book down.

This was a really refreshing book with lots of action, lots of suspense, and great characters. 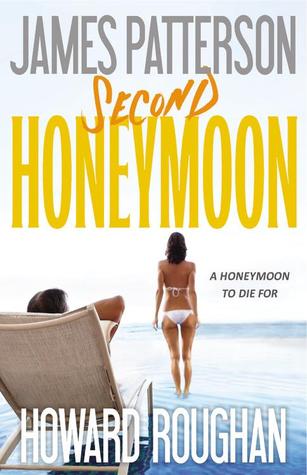