Fifteen months ago, Detective Lindsay Boxer's life was perfect--she had a beautiful child and a doting husband, Joe, who helped her catch a criminal who'd brazenly detonated a bomb in downtown San Francisco, killing twenty-five people. But Joe wasn't everything that Lindsay thought he was, and she's still reeling from his betrayal as a wave of mysterious, and possibly unnatural, heart attacks claims seemingly unrelated victims across San Francisco. As if that weren't enough, the bomber she and Joe captured is about to go on trial, and his defense raises damning questions about Lindsay and Joe's investigation. Not knowing whom to trust, and struggling to accept the truth about the man she thought she knew, Lindsay must connect the dots of a deadly conspiracy before a brilliant criminal puts her on trial.

Okay, first of all, I am not really sure where the title for this novel came from. None of the story lines were very seductive.
Second of all, there was talk of a terrorist group, but they also weren’t even mentioned all that much. I understand why, it was more focused on Connor Grant, the Stealth Killer, and J. I thought back on it once I finished the novel and realized I hadn’t heard a whole lot about them. With the way the book ended, it is open to being explored more in the next book.
So, the huge explosion, it almost seems like such a small part of the storyline, even though that is what the whole book is based around. The larger pieces were Connor Grant himself and Lindsay.
There was a brief appearance by the Stealth Killer, but that seemed like a random subplot. I thought it was really interesting, and it really could have had its own book, but it was treated almost as a book shot inside of this larger novel.
Overall, it was a Women’s Murder Club book, and it was nice to have them back. The main storyline was tied up, sort of, but it seems like all of the other ones were just left floating around in the ether. 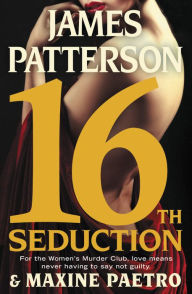