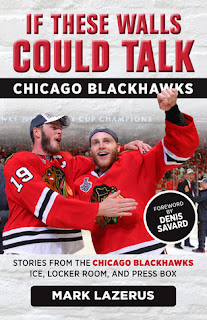 Email ThisBlogThis!Share to TwitterShare to FacebookShare to Pinterest
Labels: Chicago Blackhawks, Hockey, If These Walls Could Talk, Mark Lazerus