Alex Cross enters the final showdown with the relentless killer who has stalked him and his family for years.​

Dr. Alex Cross and Detective John Sampson venture into the rugged Montana wilderness—where they will be the prey. They’re not on the job, but on a personal mission.

Until they’re attacked by two rival teams of assassins, controlled by the same mastermind who has stalked Alex and his family for years.

Darkness falls. The river churns into rapids. Shots ring out through the forest.

No backup. No way out. Fear no evil.

Another installment in the Alex Cross series! Unfortunately, this one didn't really do it for me like most of the others have.

The parts that were most interesting to me were when it flashed to Bree on her new job assignment in Paris. I love to see her character going down a different path from where she had been with DC Metro.

Other than that, Alex and John were being hunted down by rival groups. But it didn't make much sense to me that they would be coming after them as hard as they were. And a lot of that storyline seemed to . . . out there and unrealistic to me. Even for a fiction novel.

I was also angry that John's dream vacation got ruined.

This was a book I just powered through because I care about the characters. It definitely wasn't a gem in the Alex Cross series. 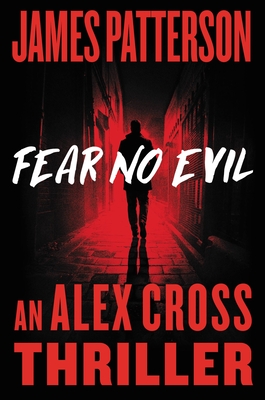 Posted by Courtney at 4:49 PM No comments: 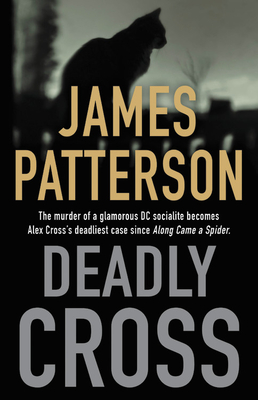 Posted by Courtney at 4:40 PM No comments:

In a Virginia penitentiary, Alex Cross and his partner, John Sampson, witness the execution of a killer they helped convict. Hours later, they are called to the scene of a copycat crime. A note signed "M" rests on the corpse. "You messed up big time, Dr. Cross."

Was an innocent man just put to death? Alex soon realizes he may have much to answer for, as "M" lures the detective out of the capital to the sites of multiple homicides, all marked with distressingly familiar details -- details that conjure up decades-old cases. Details that conjure up Cross family secrets. Details that make clear that M is after a prize so dear that -- were the killer to attain it -- Alex's heart would no longer have reason to beat.

This was a fun read! Not only is it always great to jump back into the Alex Cross universe and spend time with that family, but the story was intriguing and terrifying and kept the pages turning.

We also get to see Alex go almost a bit rogue now that he’s mostly an advisor and working just in this psychologist business. You can never take the action away from the Cross family though.

I feel like Criss Cross was unique in that almost every single character in the book had a major role. Of course the standouts were Alex, John, and Bree. But, the kids had a bigger role. And, Nana Mama was sassy as ever.

M is a huge project for Alex to solve, and I guess we will have to wait for the next book to see if he does! 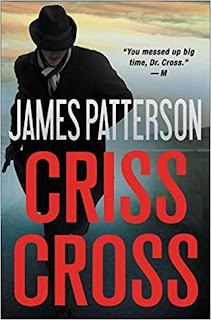 Click To Purchase!
Posted by Courtney at 1:39 PM No comments:

Hope To Die by James Patterson

Detective Alex Cross is being stalked by a psychotic genius, forced to play the deadliest game of his career. Cross's family--his loving wife Bree, the wise and lively Nana Mama, and his precious children--have been ripped away. Terrified and desperate, Cross must give this mad man what he wants if he has any chance of saving the most important people in his life. The stakes have never been higher: What will Cross sacrifice to save the ones he loves?

Hope to Die brings readers the conclusion to the story that began in Cross My Heart. It is a crazy and emotional run and has one of the most disturbing antagonists in the whole series to date.

Can there really be a perfect criminal? Or can one man withstand trying tests to take him down in the end?
That is Cross’s mission, and he learns a lot about himself and his family along the way.

I must say, with every book I read in this series, I just like Bree more and more as a character, and this one didn’t let me down there. She gets stronger and more integral to the series with every book, and she is definitely one of my favorite characters overall from this series.

Hope to Die is a page turner, and I don’t think anyone will be let down by the awesome ending.

Somehow I ended up reading this book before Cross My Heart. It made a lot more sense once I went back and read that one. Goes to show, you should never skip a book in a series. 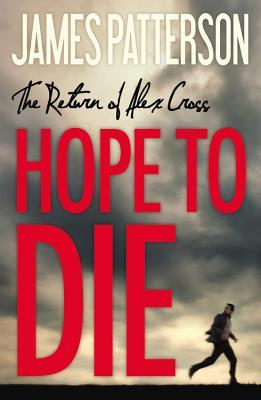 Click To Purchase!
Posted by Courtney at 8:16 PM 2 comments:

Cross My Heart by James Patterson

Detective Alex Cross is a family man at heart--nothing matters more to him than his children, his grandmother, and his wife Bree. His love of his family is his anchor, and gives him the strength to confront evil in his work. One man knows this deeply, and uses Alex's strength as a weapon against him. When the ones Cross loves are in danger, he will do anything to protect them. If he does anything to protect them, they will die.

Alex Cross’s family is always in danger. He is a well known man in the criminal circuit because he solves the majority of his cases.
This book takes it a step further. His family is actually taken away from him and he doesn’t know how to get them back. It seems that any action will cause their death. Being a family man, this is the worst reality he could ever imagine facing.

This novel brings us two cases – Alex’s family being taken and “massage” parlors being shot up and babies being kidnapped.

We meet two very different psychopaths. One is cold blooded and very intelligent. He is the one taking Cross’s life away from him. The other is a heartbreaking tale of a rotten childhood.

I wish the second case had been explored more. It seemed that after the reveal happened, the storyline was just dropped and never returned to it. I wanted to know more about the man.

Overall, this was a pretty fast paced book. But, it took me a bit of time to get through it. I accidentally read Hope To Die before this one, so I knew how everything turned out before it happened. If I didn’t it would have made this much more of a thriller for me, but it was still a page turner. 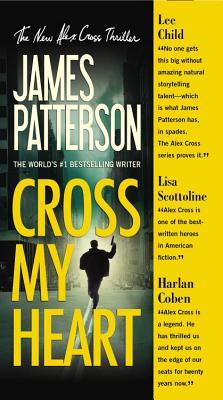 Click To Purchase!
Posted by Courtney at 4:50 PM No comments: 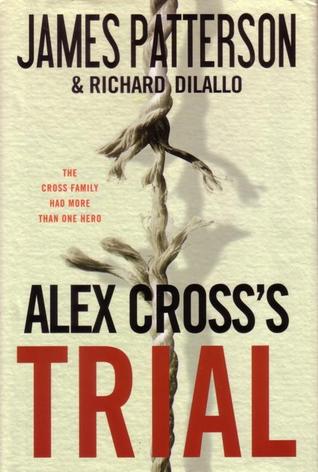 Click To Purchase!
Posted by Courtney at 2:37 PM No comments: