"Simon Glass was easy to hate....I guess, really we each hated him for a different reason, but we didn't realize it until the day we killed him."

Fat, clumsy Simon Glass is a nerd, a loser who occupies the lowest rung on the high school social ladder. Everyone picks on him -- until Rob Haynes shows up. Rob, a transfer student with charisma to spare, immediately becomes the undisputed leader of the senior class. And he has plans for Simon.

But as Simon rises to the top of the social ranks, he shows a new confidence and a devious side that power-hungry Rob did not anticipate. And when Simon uncovers a dangerous secret, events darken. The result is disquieting, bone-chilling...and brutal.

Shattering Glass was an interesting reading experience. Nearly all of the characters were hard to like for one reason or another - including the horrendous "Bro"-type speak - but the story was compelling enough to push me through.

I think a lot of that also had to do with the unique way the book was written. Each chapter started out with a testimonial from a character in the book from a time years ahead from when the main story takes place. Each statement alludes to something horrible happening with the POV main character, Young, in the center of it. The thing is, it paints him as the bad guy. Meanwhile, in the book's "present time", Young is regarded as a nice, smart kid. I probably made that sound more complicated than it was. But I have to credit that storytelling style for keeping me into the book, because I needed to see what happened and what went wrong.

I'm just thankful it was all wrapped up at the end and didn't leave me guessing. That would have been an infuriating end to the book.

Other than that, the plot just seemed so cruel and really played into teen stereotypes - which it what it was trying to do. I don't think anyone came out a winner at the end of the book. I suppose it offers a look into what happens when average teen shenanigans go too far to the extreme. 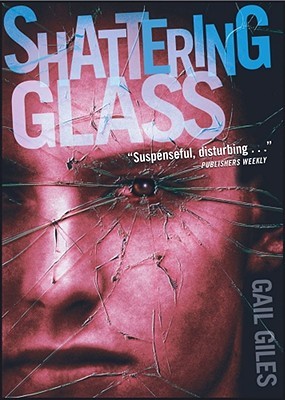 Posted by Courtney at 3:34 PM No comments: