The Family Lawyer by James Patterson

THE FAMILY LAWYER with Robert Rotstein: Matthew Hovanes is living a parent's worst nightmare: his young daughter is accused of bullying another girl into suicide. But this loving father is also a skilled criminal defense attorney. And something here doesn't add up...

NIGHT SNIPER with Christopher Charles: Cheryl Mabern is the NYPD's most brilliant detective--and the most damaged. Now she must confront her darkest fears to stop a calculating killer committing random murders.

THE GOOD SISTER with Rachel Howzell Hall: Her beloved sister's cheating husband has been found dead. Now, Dani Lawrence must decide if she will help the investigation that could put her sister away...or obstruct it by any means necessary.

This book was three stories in one! It starts with The Family Lawyer which is a great thriller about family dynamics and the things that can go so wrong in high school.

Then there is Night Sniper which shows the terrifying double life that some people can lead.

It ends with The Good Sister which is also a winding and weaving tale about wild family dynamics and how far some people will go for revenge and loyalty.

Each of these stories could have been their own full length novel, but they were great bite-sized thrillers all packed into one package. They were more well-rounded and enjoyable than the Bookshots that Patterson has released. So that was a plus in my book. As much as I wanted to love to Bookshots, they just seem forced and rushed. There's an art to forming a well-rounded shorter story.

If I had to rate them individually, I'd say they're already in order from best to worst. I enjoyed The Family Lawyer the most and was actually bummed out when it ended. I wanted to know more about how the characters would progress.

The Good Sister was the weakest of the trio, but it was still a fun read.

I'd definitely recommend picking this one up and jumping into some thrilling stories.

Memorable Quote: "There's something I've learned during my years on the job: a broken man will let himself hear what he's always wanted to hear." - Night Sniper 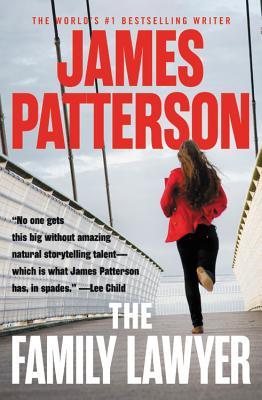 Posted by Courtney at 6:05 PM No comments: