Keeping secrets is second nature to Nearly Boswell. Living in a trailer park outside Washington, DC, with a mom who works as an exotic dancer, she knows better than to share anything that would make her a target with her classmates. Only her best friends know about her obsession with the personal ads, and Nearly hasn't told anyone about the emotions she can taste when she brushes against someone's skin.

Then a serial killer goes on a murder spree and starts attacking students, leaving cryptic ads in the newspaper. Nearly might be the one person who can put all the clues together, and if she doesn't figure it out soon - she'll be next.

'Nearly Gone' is one of those stories that grabs you and pulls you in until you finish it. Just imagine being able to feel people's emotions and thoughts if you touch them! With this book you get to follow a main character who has that very blessing/curse.

It goes from a quirky YA novel to a mystery with lives on the line. I enjoyed it, and I just found out there is a second one. I hope to pick that one up as well. 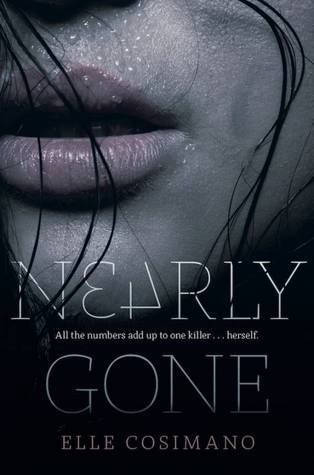 Posted by Courtney at 3:10 PM No comments: