This novel by Darren Rogers has a little bit of everything. Romance, violence, drama, and …… aliens?

When I began this novel the first thing I noticed was how long it was! But, once I began reading on, that was the furthest thing from my mind.

Alien Tears is centered (for the most part) around an individual named Mark. Mark seems like a typical teenage boy and starts falling heavily for a young lady named Tonya.

There is more to Mark than what you may think.
-    -      -
The aliens begin taking over Earth after one of their own is killed off by the government.

No one knows how to react, the president resigns, and people are dying by the bunches. The whole world is in chaos.

Would you know how to survive an alien invasion?

All they wanted was to make society better, but society rebelled and brought destruction upon themselves.
This novel reminded me almost of a modern day War of the Worlds.

It was an intense journey. One of happiness, sadness, and some… intimate moments as well.

4/5 stars There were a few grammatical errors that were distracting at times, but if you look past that (there may be a revised version out now), the story is great and will keep you hanging on until the end! 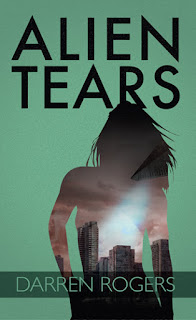 Read ahead for spoilers

I was annoyed when Myra turned around to get the stuffed animal for Deborah. I understand why she did it, but going back to a place where looters were going crazy was pretty much a death sentence in itself. Never mind the aliens coming in and actually killing them…

I also didn’t know whether I was rooting for the humans or the aliens. It was a weird feeling!

Once I got past the first part with Tonya and Mark, I had no idea why that part was there until they came back at the end and made everything come back full circle