This is Book 3 in the Night’s Dream series.

When Jasmine sees a mysterious UFO hovering over her back yard, things start getting very weird for her.

Men in all black suits show up at her door demanding photographs of the UFO that she did not take.
She discovers they may not be after her alone. Her sister Chrys and Chrys’s friend Dylan may also be in trouble. They receive weird visits from people they do not know and they experience lost time.

When they come face to face with a reptilian that calls himself Gideon, everything starts to fall into place.
They visit a doctor who conducts hypnotism on the three to try to figure out what has happened to them during their lost time.

After this, Jasmine discovers that her sister may not be who everyone thinks she is. There may be a dark secret deep within her.

Gideon enlists the help of Jasmine to destroy the “Grays” [aliens] because he can’t do it himself.

This book seemed to go on a lot longer than it really needed to. There were a lot of chapters that I felt could have been shorter and a lot of information was given that was not helpful to the story. The ending especially seemed to drag on.
If anything, the book should have ended right after the fair. It would have left some things up to the imagination.

The three main characters from the first two books were reintroduced at the end of this one, but I felt their appearance was really unnecessary. It didn’t add anything to the story for me and made the ending more confusing.

The first half of the book flowed a lot nicer than the previous two books, but as it reached the end, the writing felt forced.

The one plot point that I found really interesting was the suggestion that people see things because they really believe in them, and people can be forced to see anything if belief is pushed onto them.

I never really got attached to any of the characters in this one either. I kept reading more to just find out what happened and to finish the series rather than because I cared about the characters.

3/5 stars. The plot was more interesting than the first two, but it fell short in the end. 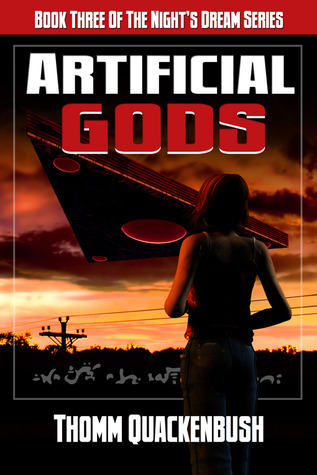