It's springtime in Galveston again, and life is blooming. In Renee, also, as she and Blaine Hadrock deal with the aftermath of the events that occurred on Playtime the previous summer. But from the heights of a tall building and the depths of a seedy strip club come whispers that something else is blooming. Something disturbing and dark and all too real.

I really enjoyed the first novel in this series, so I was excited to dive into the second one. It didn’t start off impressing me as I thought it would. A majority of the novel was spent on character development, and it never moved anywhere.

I was mostly wondering if anything was supposed to happen or if I was going to just keep reading the same thing over and over. It made reading the first half of Game Time pretty monotonous.

It took until about the last 20% of the book for things to actually get rolling, even then nothing too huge happened as the situation was diffused before it blew up, literally.

I just didn’t really care about any of the character this time around.

It was an okay read, it just didn’t live up to the previous book. 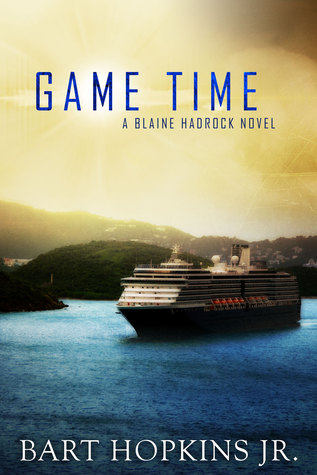