Since former Marine Jack Morgan started Private, it has become the world's most effective investigation firm--sought out by the famous and the powerful to discreetly handle their most intimate problems. Private's investigators are the smartest, the fastest, and the most technologically advanced in the world--and they always uncover the truth.

When his former lover is found murdered in Jack Morgan's bed, he is instantly the number one suspect. While Jack is under police investigation, the mob strong-arms him into recovering $30 million in stolen pharmaceuticals for them. And the beautiful manager of a luxury hotel chain persuades him to quietly investigate a string of murders at her properties.

The #1 suspect is Jack Morgan

While Jack is fighting for his life, one of his most trusted colleagues threatens to leave Private, and Jack realizes he is confronting the cleverest and most powerful enemies ever. With more action, more intrigue, and more twists than ever before, PRIVATE: #1 SUSPECT is James Patterson at his unstoppable best.


I am very conflicted over how I feel about this book. I was really looking forward to reading it after the first one. I was happy about it in one way, but disappointed as well.

Overall, I did enjoy the storyline. The cases were interesting to me and they kept me reading. That is the part I was not disappointed in. The book had a good pace, and it kept me interested the whole way through.

I was disappointed in the lack of character development. We don’t really learn anything knew about anyone in this book. I almost felt like I was reading the same book just with different cases. They have remained pretty flat so far. I felt like this would be the book to make them into deeper characters, but it just did not happen.

The only sort of change in character is that Jack became really unimportant to me. I feel like Justine, Del Rio, and Cruz are really taking over, and they are the more interesting characters to read about.

Jack being the main character in this series reminds a little bit of How I Met Your Mother. Watching that show, I felt every other character was exponentially better than Ted. I feel the same way about Jack. I hope that changes in the next one or these books may start to get a bit boring.

Justine is still my favorite character. I would love if she and Lindsay Boxer teamed up. 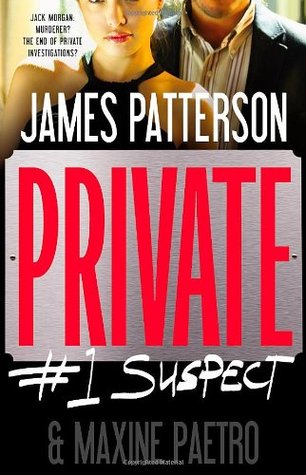