Angel says that Fang will be the first to die, and Angel is never wrong. Maximum Ride is used to living desperately on the run from evil forces sabotaging her quest to save the world--but nothing has ever come as close to destroying her as this horrifying prophetic message. Fang is Max's best friend, her soul mate, her partner in the leadership of her flock of winged children. A life without Fang is a life unimaginable.

When a newly created winged boy, the magnificent Dylan, is introduced into the flock, their world is upended yet again. Raised in a lab like the others, Dylan exists for only one reason: he was designed to be Max's perfect other half. Thus unfolds a battle of perfection versus passion that terrifies, twists, and turns . . . and meanwhile, the apocalypse is coming.

Fang seemed to go back to the formula that the first few books were following. There wasn’t as much political talk, and that made it a lot easier to read.

At the beginning of the book, it seemed as if the flock was coming closer together than they have been for a while. They were celebrating birthdays and having a good time. Then, things started going south and it wasn’t as positive.

Previously, they wanted to keep the flock together no matter what, now they face some hardships and they want to go away from that original plan. It was kind of weird to read, and I wasn’t sure where it was going.

This book was pretty sad to read if you have grown attached to the flock and them being together.
Not to mention, a new bird kid has been introduced to the series. I don’t like or dislike him yet. I will have to see if my opinion changes later.

I feel like something is up with Angel, but I don’t know what. This series is in a transition. It will be interesting to see what happens in the next book. 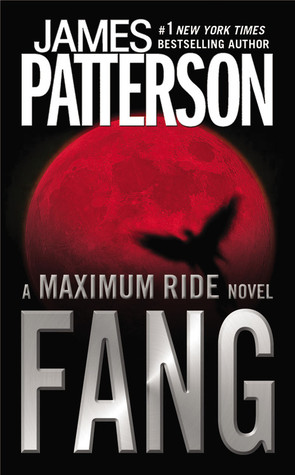