James Patterson's bestselling Maximum Ride series is back, with Max and the gang as The Protectors. Someone--or something--is decimating ships and sea life off Hawaii's coast, and Max and her flock find themselves sucked into the Navy's top-secret investigation of the catastrophe. Their objective: Rescue Max's activist mom from a wicked subterranean enemy. The hitch: They must dive deep into dark waters, where gruesome evil dwells... and for high-flying Maximum Ride, could there be anything more terrifying than being trapped in the great abyss? This soaring new adventure takes Maximum Ride and the Flock into terrifying new territory--fans, hold your breath!

Thankfully this book was better than the previous one. If it wasn’t, I don’t think I would have been able to finish the series.

That said, it still wasn’t that great and on par with the first few books in the series, but any progress is a little better I suppose.

Most of the book took place under the ocean, which was interesting, but they didn’t see a whole lot aside from mutant radioactive creatures.

We also saw some more evolving of the flock. Max and Fang became aware that they have a new ability, which was important for the storyline of this book.

Other than that, I didn’t feel like this book progressed the story as much as it could have. They spent the whole book just trying to solve one problem, and once it was solved, the book was over.

It was okay, but I felt like it was lacking something. 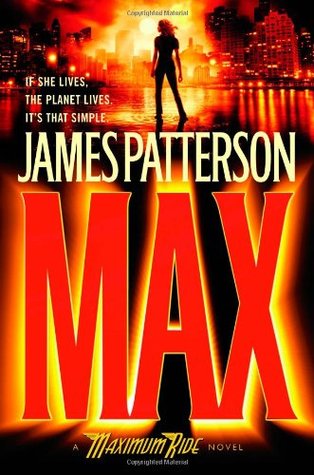