I Don't Forgive You by Aggie Blum Thompson

An accomplished photographer and the devoted mom of an adorable little boy, Allie Ross has just moved to an upscale DC suburb, the kind of place where parenting feels like a competitive sport. Allie’s desperate to make a good first impression. Then she’s framed for murder.

It all starts at a neighborhood party when a local dad corners Allie and calls her by an old, forgotten nickname from her dark past. The next day, he is found dead.

Soon, the police are knocking at her door, grilling her about a supposed Tinder relationship with the man, and pulling up texts between them. She learns quickly that she's been hacked and someone is impersonating her online. Her reputation—socially and professionally—is at stake; even her husband starts to doubt her. As the killer closes in, Allie must reach back into a past she vowed to forget in order to learn the shocking truth of who is destroying her life.

I Don't Forgive You follows the very popular trend of having a female protagonist trying to solve a mystery in a quiet neighborhood while everyone around her thinks she's crazy and has a drinking problem. So much so that once I finished it, it inspired to finally watch the satire show The Woman in the House Across the Street From the Girl in the Window on Netflix. Great show, by the way. Especially if you've read a few of these books that follow that trope. It made me chuckle quite a few times!

But, back to the book!

Once I got over the fact that I was reading yet another novel following this recipe, the plot line was decent enough to keep me reading and keep me invested in finding out what really happened. Plus, I didn't guess the twist - so that's a plus in it's favor!

I Don't Forgive You also uses more digital media and social media as a plot device than some of the other related novels. That added an interesting wrinkle. It also made every single character in the book suspicious. That's probably why I didn't guess the big reveal before it happened. Plus Aggie Blum Thompson definitely tries to direct your suspicions from character to character and none of them become innocent or guilty until she's ready for them to.

Would I have preferred the book to take on a different angle than a woman who drinks a lot with a husband that doesn't believe her? Yeah, probably.

Would it have made for the same sort of intriguing plot line? Well, probably not.

So - if you go into the book knowing what to expect about the plot devices, you'll likely enjoy the ride. OR, if you really enjoy this type of novel, you'll probably eat this one up!

It was interesting. It was an easy read. The "alcoholic" woman with rocky relationships is becoming tiresome though. 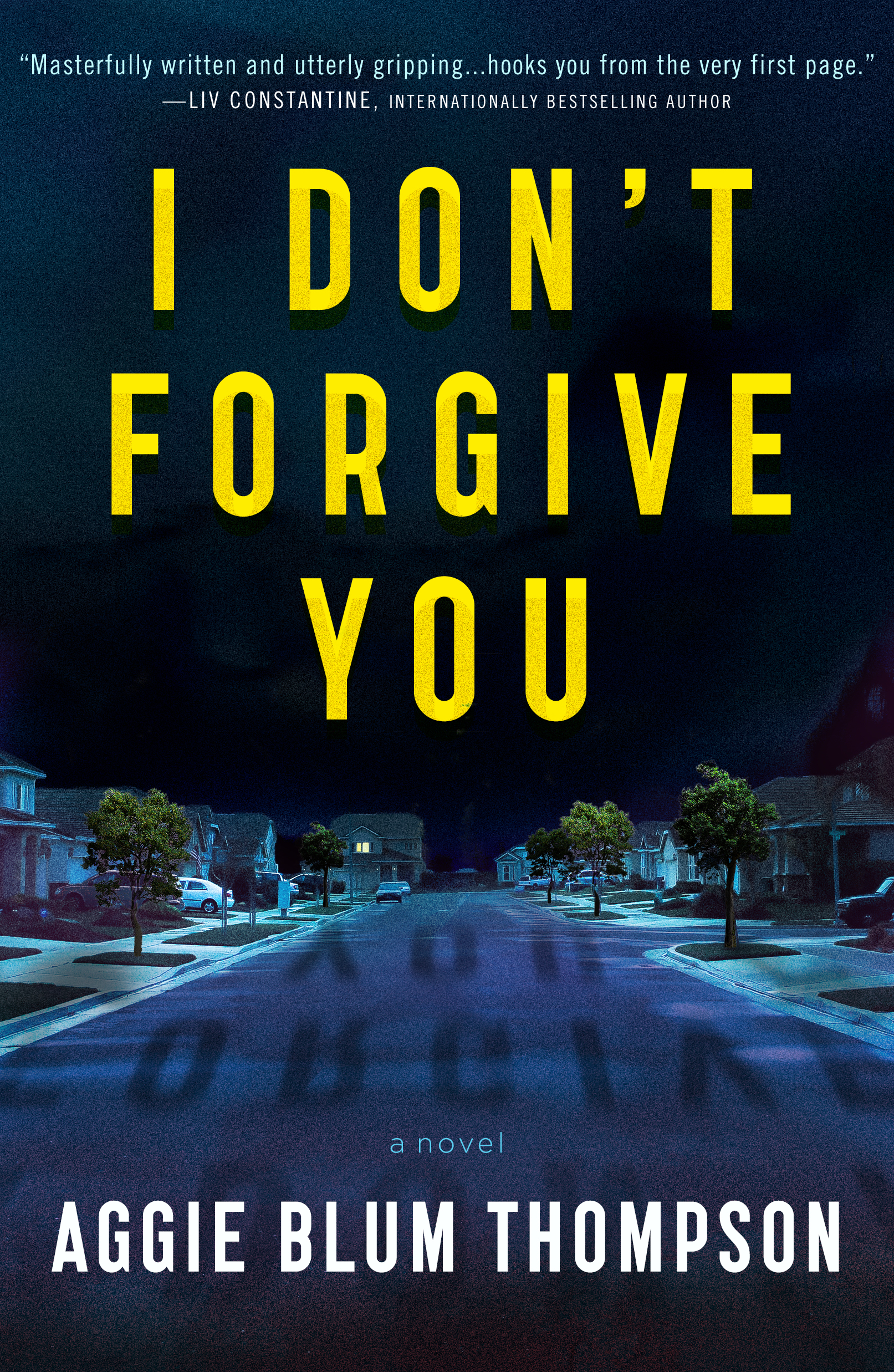