T is For Trespass (Kinsey Millhone #20) by Sue Grafton

In what may be her most unsettling novel to date, Sue Grafton's T is for Trespass is also her most direct confrontation with the forces of evil. Beginning slowly with the day-to-day life of a private eye, Grafton suddenly shifts from the voice of Kinsey Millhone to that of Solana Rojas, introducing readers to a chilling sociopath. Rojas is not her birth name. It is an identity she cunningly stole, an identity that gives her access to private caregiving jobs. The true horror of the novel builds with excruciating tension as the reader foresees the awfulness that lies ahead. The suspense lies in whether Millhone will realize what is happening in time to intervene. Though set in the late eighties, T is for Trespass could not be more topical: identity theft; elder abuse; betrayal of trust; the breakdown in the institutions charged with caring for the weak and the dependent. It reveals a terrifying but all-too-real rip in the social fabric. Once again, Grafton opens up new territory with startling results.

Kinsey Millhone is back again! I wasn't the biggest fan of the installment prior to this one. But, T is For Trespass was definitely a wild journey that kept me turning the page! It was great to be pulled into this one after it was so hard for me to get through S.

T is for Trespass alternated voices between Kinsey and a newcomer to the neighborhood, Solana Rojas. The book being written this way gave us, as the reader, a different insight into knowing what was happening before and while Kinsey was figuring it all out. It was an interesting way to get into the story, but it also made the whole book SO frustrating.

I was rooting for Kinsey to figure everything out sooner rather than later. But once the ball finally got rolling, it was an intense ride. The ending of the book had me on the edge of my seat and I was actually sweating as my heart was pounding as I raced to the end.

I don't know about you, but I always love when a book can pull me in so much that it can get me worked up like that while reading. 'T' was definitely a great rebound  from 'S', in my opinion. I had to jump right in to reading 'U' when I finished it!

"In reality, the place had stimulated my hopes for an early and sudden death."

"At the end of every day, I was exhausted from having to maintain such a tight grip on myself. Fear, like any other strong emotion, is difficult to hide. Much of my energy was devoted to denying it was there."

"I don't want to think about predators. I know they exist, but I prefer to focus on the best in human nature: compassion, generosity, a willingness to come to the aid of those in need. The sentiment may seem absurd, given our daily ration of news stories detailing thievery, assault, rape, murder, and other treacheries. To the cynics among us, I must sound like an idiot, but I do hold to the good, working wherever possible to separate the wicked from that which profits them. There will always be someone poised to take advantage of the vulnerable: the very young, the very old, and the innocent of any age. Though I know this from long experience, I refuse to feel discouraged. In my own unassuming way, I know I can make a difference. You can as well." 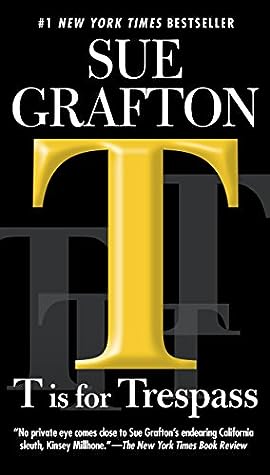