S is For Silence (Kinsey Millhone #19) by Sue Grafton

Just after Independence Day in July 1953 Violet Sullivan, a local good time girl living in Serena Station Southern California, drives off in her brand new Chevy and is never seen again. Left behind is her young daughter, Daisy, and Violet's impetuous husband, Foley, who had been persuaded to buy his errant wife the car only days before . . .

Reluctant to open such an old cold case Kinsey Millhone agrees to spend five days investigating, believing at first that Violet simply moved on to pastures new. But very soon it becomes clear that a lot of people shared a past with Violet, a past that some are still desperate to keep hidden. And in a town as close-knit as Serena there aren't many places to hide when things turn vicious . . .

A small tight-knit town. A woman the whole town lusted over. A mysterious disappearance.

S is For Silence was another installment in the Kinsey Millhone series. It time hops between 1953 and "current time" (the 80's in Kinsey's world) to tell the story of Violet and Kinsey's search for her.

This was one of those books where, despite the intriguing story, it took me forever to get through it. I don't really know why. Perhaps I didn't feel connected to the characters when the book flashed back in time. So trying to get through those chapters was a lot more tough.

But, I did need to know what happened to Violet. And Kinsey is always interesting. So I kept pushing through. I'm glad that it wrapped up and didn't leave any questions hanging.

Maybe not the BEST book in the whole series, but it's worth the read. 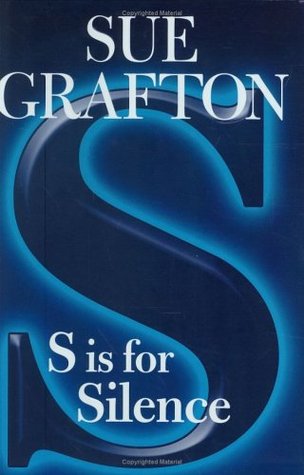