What strange science made Nameless who he is? What catastrophes have been erased from his memories? In the stunning conclusion of this series, the dark past comes flooding back, and Nameless must decide how much he really wants to know.

In Indiana, a murderous psycho has kidnapped his own six-year-old stepson, Jamie, and secreted him away in a subterranean cave. It’s become their bunker. For Nameless, the case is breaking down his defenses, and it may force him to face his memories.

I have to be honest and say that I was really sad to get to the end of this series. Nameless is such an interesting character, and the stories felt complete – even if they were all bite-sized. Nameless is a well-written series that shouldn’t be taken too seriously. It’s fun and quick, and that’s how it should be digested.

While I may have been sad to get to the end of the series, I was delighted with how the 6th installment wrapped the story up. This one really gripped me from beginning to end. I needed to know what happened to each character. It had a much darker feel to it than the others, so I was really hoping something terrible wasn’t going to happen to Nameless.

I won’t spoil it one way or the other. But, I will say that it was a fitting conclusion to the series. I’m glad I read through it. I enjoyed going through all 6 of these novellas. Highly recommend for any fans of Dean Koontz – or if you’re looking to get your feet wet with his work.

Memorable Quotes: “On waking, he knew that his destiny was henceforth to be a defender of the innocent who are ill served—or not served at all—by the current justice system, especially when their tormentors are among the empowered.”

“It’s not about the money, it’s the kindness, the way it makes the recipient feel special. Life is hard and lonely for many people. If all of us would just make one another feel special now and then—not just with money, but however we can—wouldn’t that be lovely?”

“Southern Indiana is a land of disappearing streams. They follow carved courses through fields and forests, only to drop suddenly out of sight, into a flue, down into darkness, chuckling like evil spirits homeward bound after working their wickedness in the upper world.”

“Killing even a murderer is never exhilarating. In this case no less than others, death is still death—and solemn.”

“He is not an agent of justice, for there can be little or no real justice in this broken world, where culture and politics are forever redefining the word.” 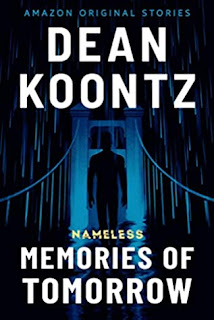