The Midwife Murders by James Patterson and Richard DiLallo

A missing patient is a hospital ward's worst nightmare -- until even more disappear.

To Senior Midwife Lucy Ryuan, pregnancy is not an unusual condition, it's her life's work. But when two kidnappings and a vicious stabbing happen on her watch in a university hospital in Manhattan, her focus abruptly changes. Something has to be done, and Lucy is fearless enough to try.

Rumors begin to swirl, blaming everyone from the Russian Mafia to an underground adoption network. The feisty single mom teams up with a skeptical NYPD detective to solve the case, but the truth is far more twisted than Lucy could ever have imagined.

Well, I certainly have never read a novel from the point of view of a midwife. So, that was intriguing! Lucy is a female protagonist with a strong personality – like most Patterson books where the main character is a woman. Not a critique – but it’s definitely common.

I liked Lucy (this would be a perfect opportunity to reference ‘I Love Lucy’. But, we have only spent one novel together. It’s way too soon for that type of commitment). I wouldn’t mind having a series with her as the main character. But with the nature of the story, this one sits as a standalone book. You would hope, at least.

That said, it was an incredibly frustrating standalone book. There was so much incompetence that had to happen at all levels to have something like this happen – MORE THAN ONCE. Every time another baby was kidnapped, all I could do was slow-blink at the book in my hand and whisper “just – how?!”

Once everything was revealed, it made a bit more sense. But still not much. I also guessed the twist, which was kind of lame. But I only guessed half of it. I had the “Who?” but I didn’t nail down the “Why?” until it was revealed.

That said, it was an enjoyable read. It was definitely gripping as I really wanted to figure out what was happening and if the babies would be alright. The background thread of romance was really pointless to me. I promise you that a book involving a female protagonist can exist without her falling for the main male character and being saved by him. But, the tradeoff for that pointless storyline was an otherwise good book worthy of the read. 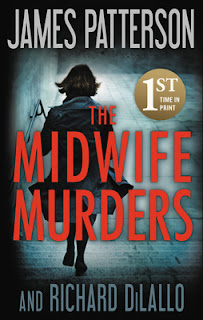